Xmas Cat Welcomes You to The Holidays -- Now in 4-D!

Labels: it's the holidays, meow, Xmas cat in 4-D
Email ThisBlogThis!Share to TwitterShare to FacebookShare to Pinterest 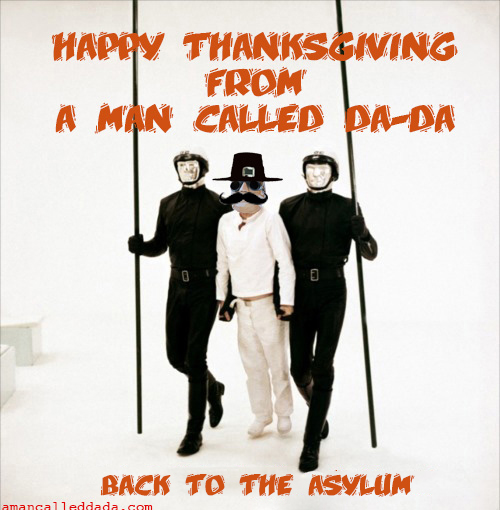 Close Encounter of the Cranberry Kind? 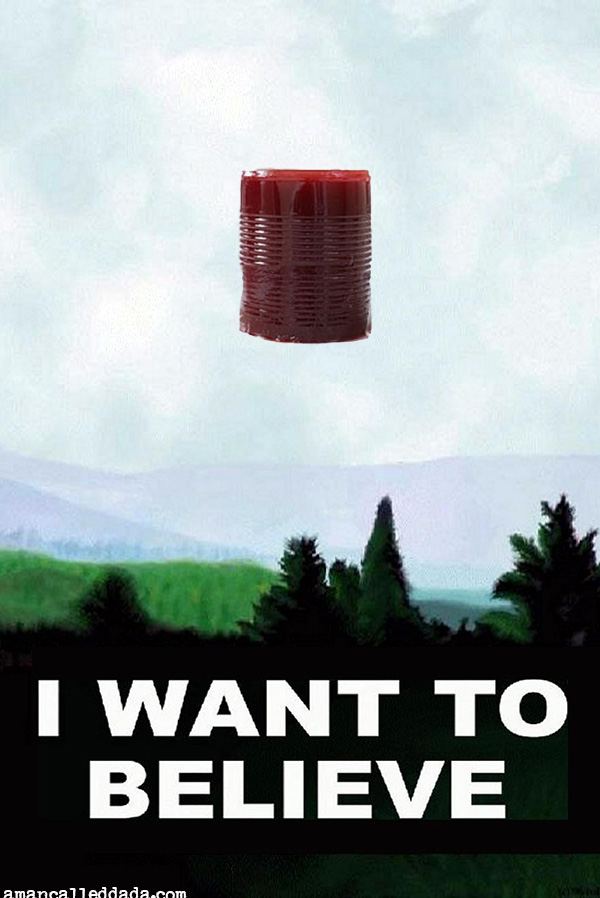 The Cranberry in Monster Conversation 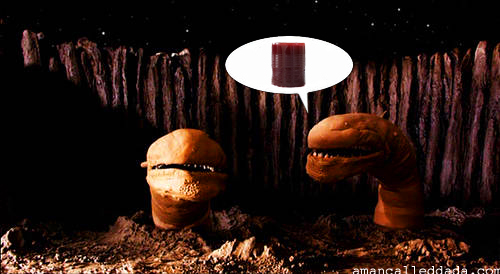 The Cranberry Sauce Has Been Drinking

Cranberry Blob Has Left the Building

Intruders From the Great White North 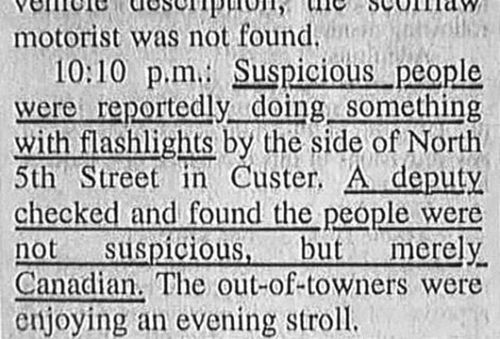 Labels: a sign unto youse, canadians, Intruders From the Great White North, why canadians are suspicious
Email ThisBlogThis!Share to TwitterShare to FacebookShare to Pinterest

Why the Rosetta Mission Failed (So Close to Thanksgiving)

Turkey Rapture Means Your Holiday Table Got LEFT BEHIND

Labels: happy thanksgiving, it's the holidays, it's the turkey rapture, LEFT BEHIND, thanksgiving 2014, tofurkey
Email ThisBlogThis!Share to TwitterShare to FacebookShare to Pinterest 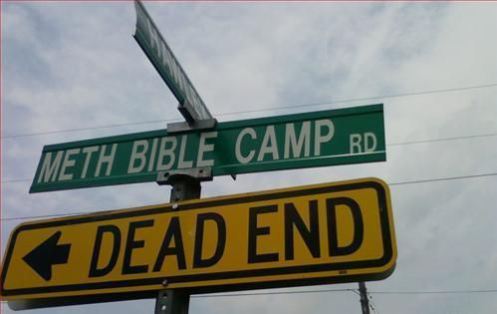 This is worth a listen. It speaks for itself.

Another Frightening Album Cover Unto Youse 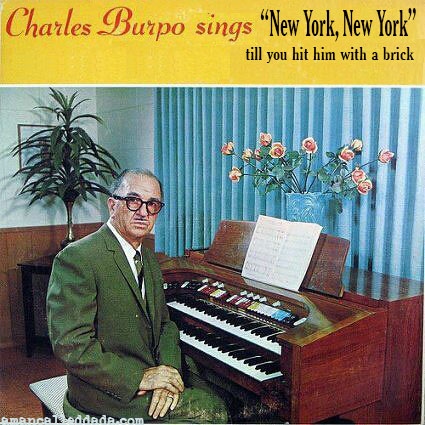 A Frightening Album Cover Unto Youse 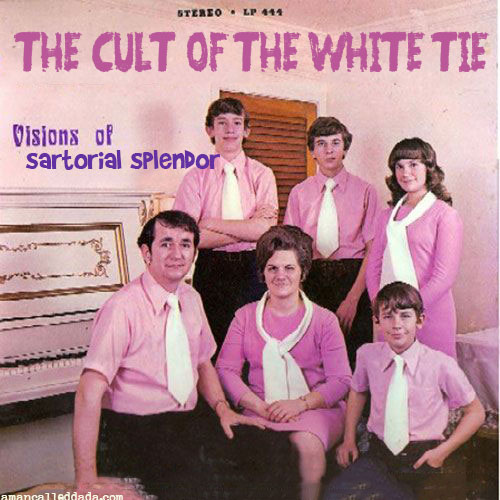 Labels: a sign unto youse, bad album covers, bad music, cult of the white tie, sartorial splendor, what da-da's listening to
Email ThisBlogThis!Share to TwitterShare to FacebookShare to Pinterest 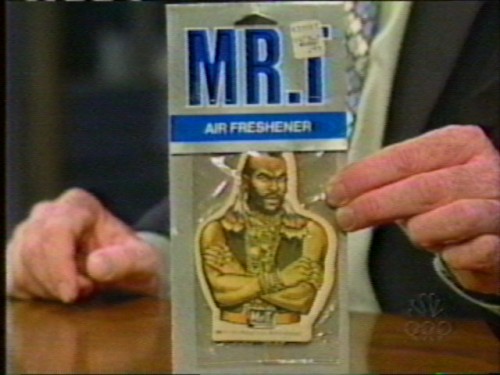 
Da-da asked The Internet Oracle, a gifted psychic (yes, a real one) about the strange sounds coming from Comet 67P (Rosetta mission) -- which can hear for yourself HERE, it's spooky -- and this is what she said. It's spooky for a reason. Yikes.


Q. What is this sound coming from comet 67p (rosetta mission)? I think it’s from a telepathic species that’s placed their thoughts into a radio frequency band so humans might understand them. Check out the sound:  https://soundcloud.com/esaops/a-singing-comet  What are they saying and why is it on this comet?

A. I don't see it as talking, but there is something living on this comet that exists at that frequency and we (with technical assistance) are able to hear that frequency.  I will say I didn't feel good about it -- and it feels dark.  I also get something not in the greater good will happen if we alter or do something with this comet (i.e., try to interfere, poke or prod).  I get a picture of us trying to destroy the comet eventually, and in doing so it spreads a disease (a puff of a virus comes out of it).  I get the creators of this comet are on a mission and do not want to be messed with.

Perhaps this is why this comet was selected from all the other city-sized bits of flotsam in the outer solar system, and why various government agencies spent over $2 billion dollars on its ten-year mission? Da-da suspected this to be a lot of money for a such a small comet mission, and perhaps now we know why. It's like living a Japanese monster movie.

Note that there's probably little to worry about, as in this timeline, the anchor bolts did not fire into the comet (this feature failed), so if the drill portion doesn't work, either... someone has our backs. Lots of planned bad things (PBTs) are simply not occurring because of this simple, reassuring fact. It's the power of Positive Thinking. But if a giant monster egg appears in your timeline and starts spewing death, take comfort in... well, something... and good luck: we're all counting on you. 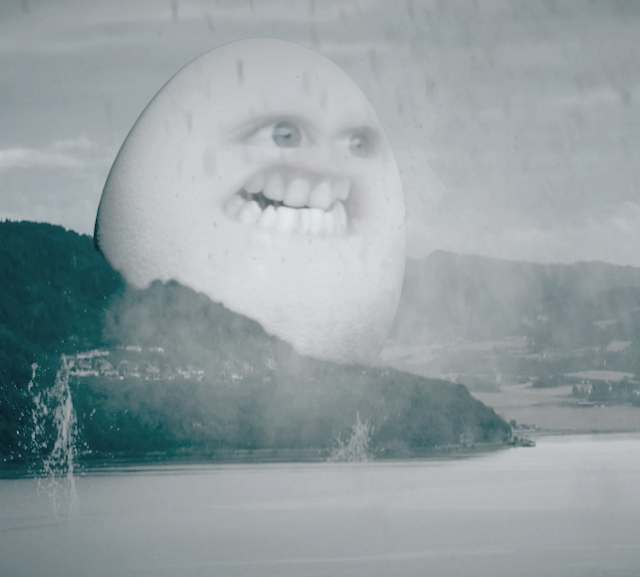 [UPDATE, afternoon, same day: The Guardian (UK) came out with a story along these above lines this afternoon... which is pretty shocking, as they're about as mainstream as it gets. So, basically, LEAVE THAT COMET ALONE! Let is pass. Nothing to see here.]

Protect Yourself From THE FLUTE 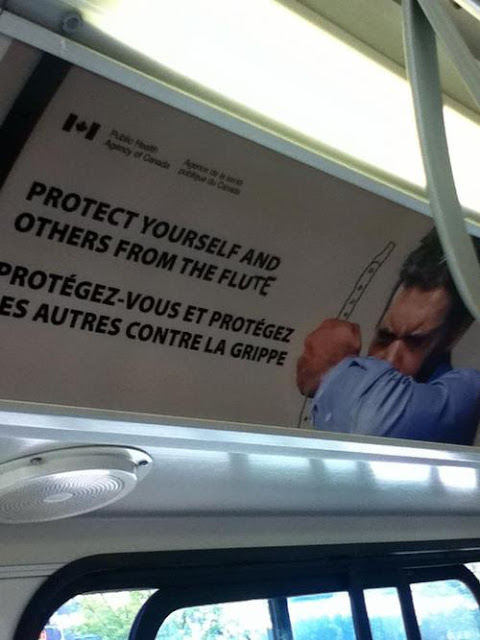 Labels: a sign unto you, a sign unto youse, funny signs, get your flute shot, protect yourself from the flute
Email ThisBlogThis!Share to TwitterShare to FacebookShare to Pinterest

"Da-da, Where Do Shopping Carts Come From?" 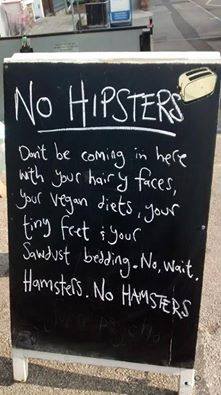 SO many people are upset about the result of Elections 2014. Da-da's not.

Da-da LOVES gridlock. GRIDLOCK WORKS. Gridlock is Washington, DC's best product. Indeed, it's part of the Founding Fathers' grand design: if a Republican Congress butts heads with a Democratic President... yay! Nothing happens! Each cancels out the other and they can do no more mischief, or at least the mischief is reduced.

As voters, we should exploit this common denominator loophole indefinitely. Besides, when unfriendlies man posts right next to each other, you typically get interesting -- and occasionally entertaining -- fireworks.

Let the games NOT begin!

Since Da-da has designated today... er, THIS WEEK to be, "HUG-A-LIBRARIAN WEEK," he's received nothing but complaints... mostly from librarians. THEY DON'T WANT TO BE HUGGED, necessarily, especially by YOU, Mister Creepy Halitosis, but Da-da says, "NAY!"

Librarians NEED extreme huggage and patent ex libris patronization, especially given how unworthy the general public is to actually accost librarians. Failing any incipient huggage, feel free to transmogrify this sudden, impromptu-y bookish day of mirth and frivolity into, "GIVE LIBRARIANS LOTS OF MONEY WEEK." If a hug goes with that, then so be it.

In light of this, Da-da offers up the following rather chilling LIBRARIAN HUGGEE QUIZ. Be sure to cover up the answers before answering, and good luck: Mr. Dewey is counting on you.

NOW, it's time for some literacy cake!

The Inexplicable Horror of THE PRE-HOLIDAY TRIBBLE VORTEX

NASA's Been at the Corn Liquor Again


[NOTE: This post was de-listed... but not by me. And a whole other post about NASA being dumb and hiding things has been deleted. Thank you so much for your censorship, Google. You suck.  So, here it is again.]

NASA has finally -- after two... er, THREE weeks of intensive hopped-up/corn-liquor PR dot.LIE meetings -- come upon a swamp gas story to explain the GIANT EXPLOSION on Mars, which factually occurred about 100 miles up from the Martian atmosphere. They story? It was a meteor storm that did it, smacking Colonel Mustard with debris from Comet Siding Spring. In light of this incredible new evidence (incredible that it took NASA three weeks to hatch something so lame), let's look at the evidence.

Oh, here's the live version, below, just so you can see all the 400 billion meteors necessary to cause such an explosion:

Ok. That's pretty much self-explanatory. Now, let's look at the EXTRA weird plasma meteor shower energy that inexplicably smacked into Mars from the South Pole, while Siding Spring was approaching from the northeast.


GOSH that nonexistent lens flare swamp gas reflection might be energetic as hell, with a completely different trajectory than Comet Siding Spring, but it sure had nothing to do with the enormicon explosion, no. That's definite, Musta been a really big donut meteor... er, shower.

Here a few more views of it that swamp gas lens flare thing. 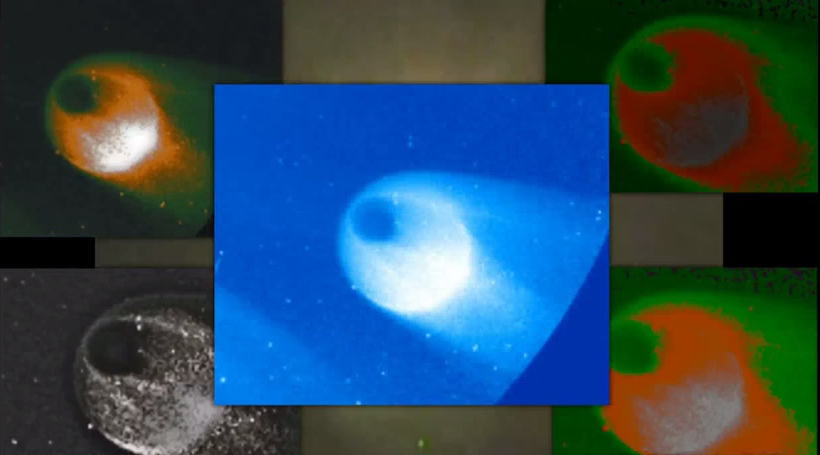 Just to be thorough, here are some actual 35 mm and 50 mm lens flares for comparison: 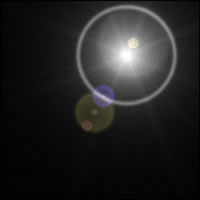 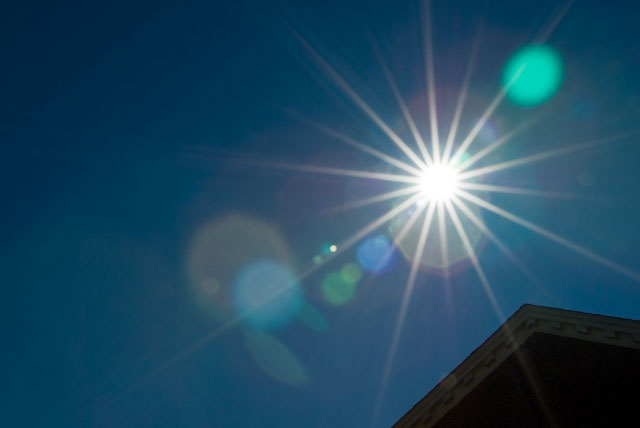 Identical swamp gas bigfoot reflectionage indicative of the gullibility of the general public.

Now let's look at the enormous wealth of NASA meteor shower images they're recorded from all those probes and satellites in Martian orbit and on the ground...

...oh. All they recorded was this snippet from, "A FEW GOOD MEN." You know, 'cause we can't handle it, our advanced degrees and volumes of common sense totally worthless.

If you must read the NASA pap, here it is. You of course believe every word of it, because that's the kind of trusting soul you are. Gosh, the sheer amount of pictorial evidence on NASA's site alone... oh, wait. There isn't any. We have to take their word for it. AGAIN.

Today is Samhain, The Old Beginning of Winter...

Thursday Night at The Non Sequitur is WET BUNNY NIGHT

Labels: a HIDING of SAHDs, da-da what do you do all day, parenting satire, post-apocalyptic parenting, robo-dog, SAHD, SAHD humor, That Look of Parenthood, what da-da does all day
Email ThisBlogThis!Share to TwitterShare to FacebookShare to Pinterest 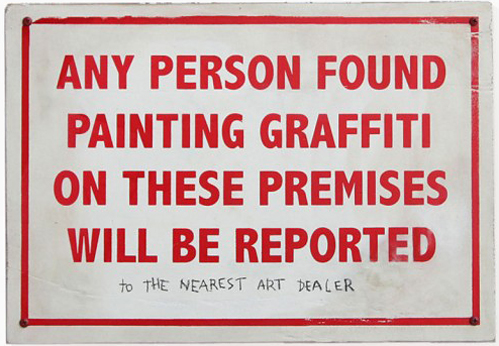 Vote NO on YES 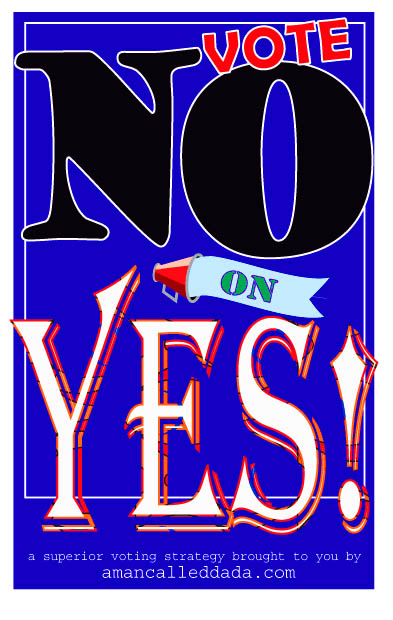 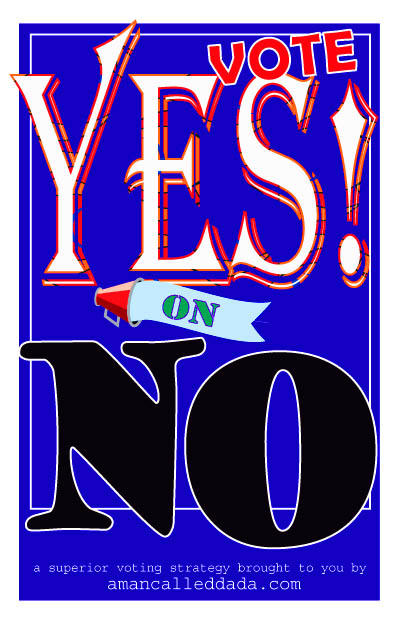 It's the same thing, right?
Inflicted by A Man Called Da-da 0 comments