Friday Night at the Non Sequitur

It's Monday at the Non Sequitur

The Ultimate in Autumnal Equinox Graffiti?

A Note From Da-da 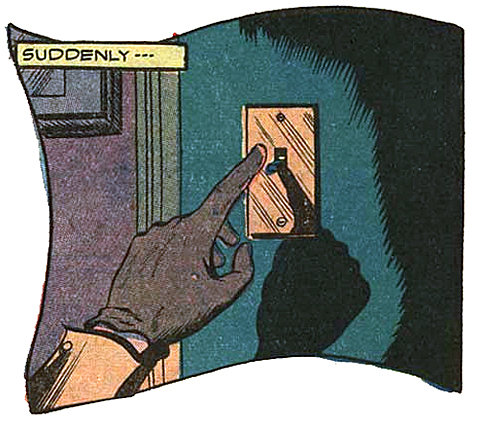 Hi, all. FYI, Da-da is sick and will need to take some time away from the blog. Not sure how long it will be, but Da-da really needs to concentrate on getting better, as it's kinda serious. Anyway, he'll hopefully be back soon. Take care.
Inflicted by A Man Called Da-da 0 comments

Tuesday at the Non Sequitur

Have You Seen the Muffin Man?

Thursday Outside The Non Sequitur

Back Home Again in Indiana -- With Keith Olbermann?

Da-da used to be a musician. He is in fact, a recovering musician, but the treatments don't seem to be taking. Anyway, Da-da has perfect pitch and perfect pitch memory, so he can hear songs within other songs all the time... not to mention UFO transmissions, which explains Da-da's foil hat... but Da-da digresses.

Yes, KO has a new show, with what someone probably thought was an iconic tone signature. Indeed, it was already iconic. Here it is at the beginning of the below clip:

Those are the first four notes of, "Back Home Again in Indiana," or as jazz musicians call it, "Indiana." Here's the actual tune, sung by Straight No Chaser. No offense.

Sure, the KO version is a bit stiff, but... well, there are many many (many) Germanic peoples who simply cannot swing. Tunewise, perhaps Keith is offering up a musical puzzle and viewers are supposed to name that tune in four notes. Da-da could do it in two. Either way, Da-da wins and will accept his prize, now. (Would that be a shrubbery or a herring? Or just in the way she's holding the chicken?)

Speaking of segues, Keith himself is a native of NYC. Perhaps this is just what he wants people to believe. Indeed, those four mystery tones, a musical toss-off at face-value, may have a deeper meaning. Perhaps Keith is, in actuality, a Hoosier, but denies his Hoosierness, acting out his guilt, either consciously or subconsciously, with those puzzle tones. Maybe it's 'cause KO has SIX lumbar vertebrae instead of five. Or Keith is a closet Hoosier and plays secret night basketball. Or worse -- like Da-da -- Keith is a genetic Hoosier, a stranger in a strange land. Or it's entirely possible that there's a truly terrible reason THAT WE MAY NEVER KNOW.

Btw, a Hoosier is someone who repeatedly asks, "Who?" until you hit them with a shoe. Ok ok, it's actually a demonym for someone who comes from... yup, INDIANA. Originally from the old Cumberland-dialect word, "hoozer," its Anglo-Saxon derivation results in, "hoo" meaning high or hill and, "zer" meaning player with round ball.

Whatever the reason Keith did what he did, or why Hoosiers are called Hoosiers, Da-da's keeping an open mind. The world's too weird not to. But if you need a further example of KO's innate Hoosierness, just take a look at IU's roundball team this year. 'Nuff said. 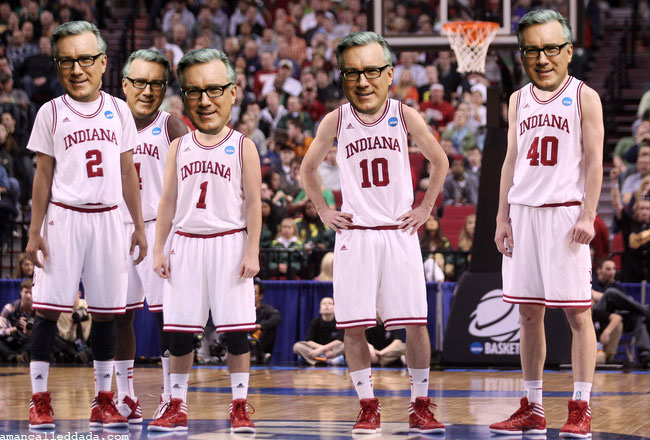 Monday at the Non Sequitur