So Long 2014 and Get Out: A Gratuitous Photo Purgative 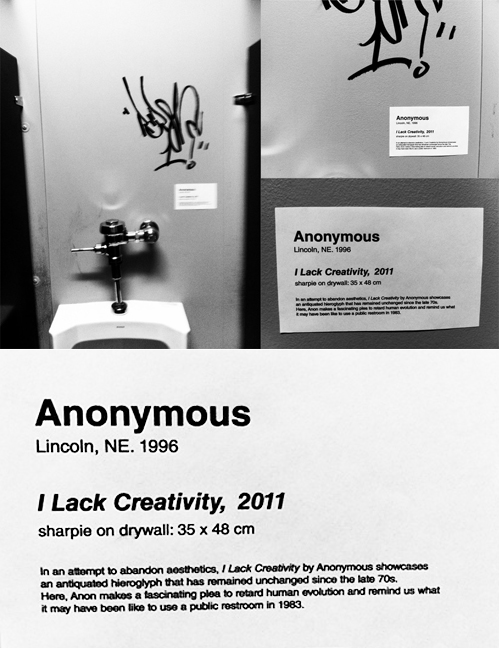 Labels: a sign unto youse, art, running a mock
Email ThisBlogThis!Share to TwitterShare to FacebookShare to Pinterest 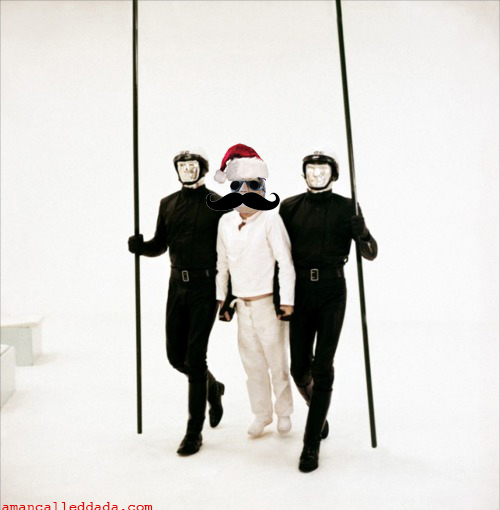 Labels: Happy Holidays from Da-da-1138, it's the holidays, xmas 2014
Email ThisBlogThis!Share to TwitterShare to FacebookShare to Pinterest 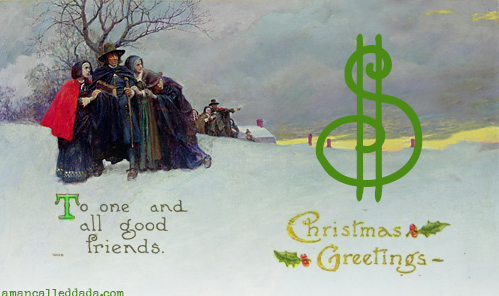 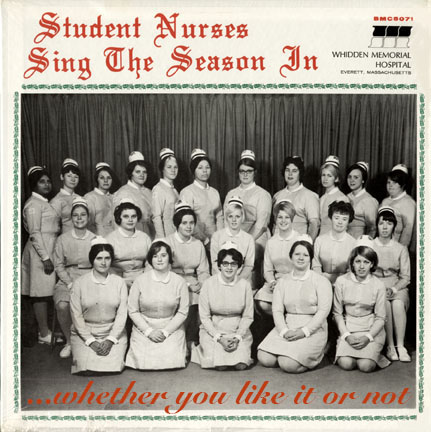 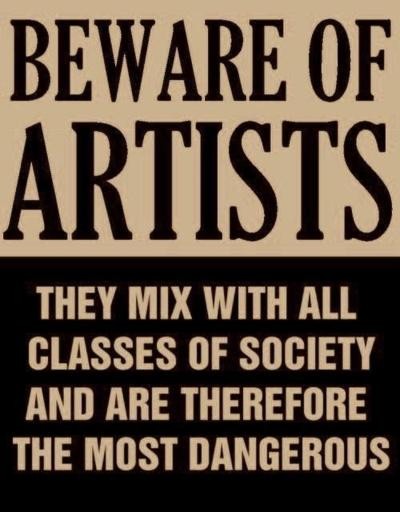 Ghosts of Xmas Past

Labels: a sign unto youse, ghost of xmas past, it's the holidays, what xmas is all about, Xmas
Email ThisBlogThis!Share to TwitterShare to FacebookShare to Pinterest

What It's Like to Be a Writer in One Incongruous Image

You grow and you grow and you grow, green and springy and perhaps a bit prickly, but you create all these amazing seeds... then you die and dry up, your root dries up and is eventually broken by a gust of wind which blows you all over hell for countless years, your carcass spinning and rolling and spreading seeds here and there all the while till you eventually break into pieces; along the way, you occasionally get stuck with a bunch of other dead weeds behind some fence till the wind takes you again... when you're lifeless hulk is invariably smacked by a metaphoric semi on some lonely superhighway in the middle of nowhere. All in all, it's a short green time followed by a long rollicking frolic of death, with some nice seedy moments thrown in. Write on!

Labels: a writer's life defined, bob the tumbleweed, tumbleweed, What It's Like to Be a Writer in One Incongruous Image
Email ThisBlogThis!Share to TwitterShare to FacebookShare to Pinterest

Jacked in the Idiot Box 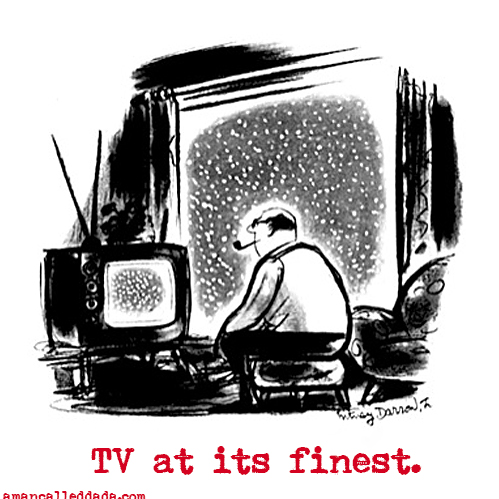 Labels: RUB the idiot box beauty, snowing in da-da's head, the end of TV, TV
Email ThisBlogThis!Share to TwitterShare to FacebookShare to Pinterest

The Venn in Winter 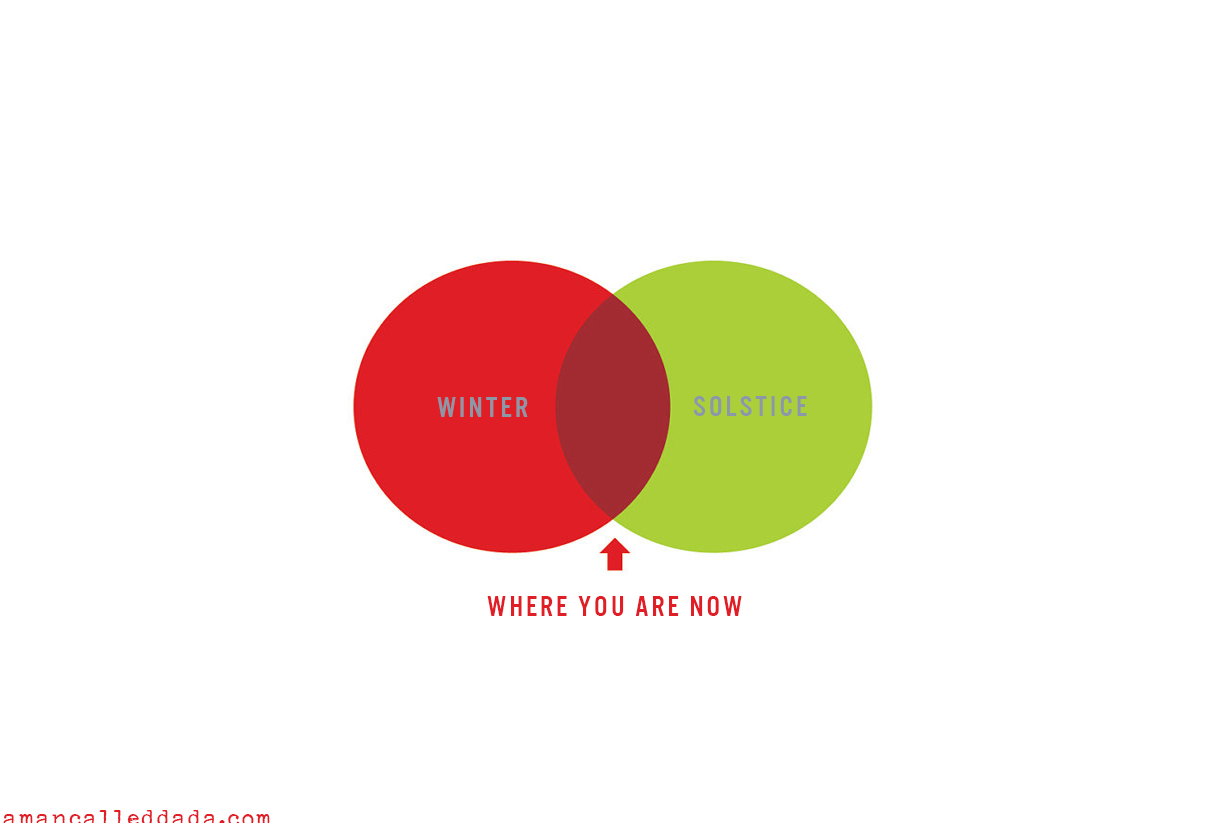 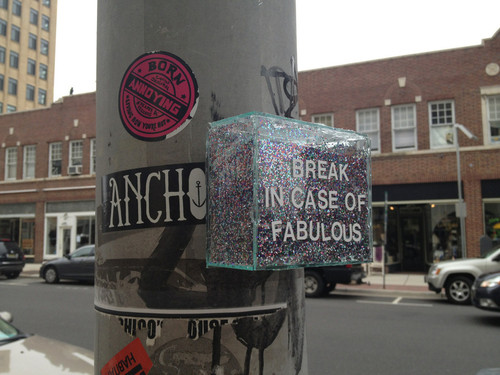 Labels: 2015, a sign unto youse, break in case of fabulous, happy new year
Email ThisBlogThis!Share to TwitterShare to FacebookShare to Pinterest

It's Snowing in Da-da's Head, Again

Labels: a charlie brown christmas, have a bone, snowing in da-da's head
Email ThisBlogThis!Share to TwitterShare to FacebookShare to Pinterest 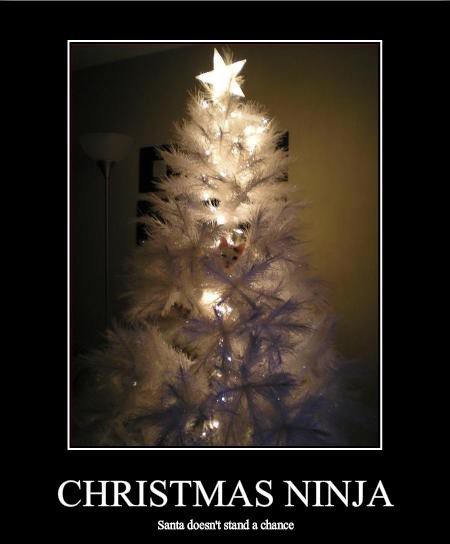 This Holiday, Give Your Eggnog a Little... Tenderness?

THE INVITATION (or, "That Persistent Ringing in the North")

Time for a secret: that ringing in your ears might not be what you think it is. (NOTE: we're talking high-pitched tones, not annoying buzzing.)

Da-da's been dragging his feet on writing about this, as it was to be the core of a book he was writing, but the info is simply too important and timely not to share right now. Da-da has lots of other books he can write, anyway.

Not sure if a lot of folks are complaining about this, but Da-da has seen an increase in the amount of spam associated with ridding oneself of tinnitus, that persistent ringing or buzzing in the ears. There's just one problem with that: for a lot of you, it's not a medical condition at all: IT'S AN INVITATION.

The fact that someone is spamming about eradicating tinnitus might mean someone's trying to keep this invitation from you. Or it just means you have tinnitus.

Quiet your mind. (The more you practice quieting your mind, the faster you get to quiet, so don't be dismayed if it takes you some time to achieve quiet.) Then, without straining, concentrate on the sound you hear. Locate its source. Embrace it. When you dive into it, you'll notice that it's actually many musical tones, creating a, "super chord." The different pitches are different voices, with a higher purpose. It's important not to strain, as this can close things off. Relax.

The tone is is calling on you to add your inner voice to the larger VOICE, to vibrate at a certain frequency. Think of it as a massive tuning note before the actual performance is to take place -- a performance that will occur once we're all assembled. This is unstoppable, and transformative.

It might sound crazy (bu-dump-bump), but you are literally part of an infinite, cosmic musical group, nearly unimaginable in scope, a group getting ready to sing a song of SOURCE since before time. Once we're all in tune and alert...

Da-da hears this tone as he writes this. Since he has perfect pitch, he has the ability to tell you with great authority that it's an ultra-high B-flat (432 MHz, but up a zillion octaves), part of a seriously dominant chord. It's awesome.

Meditate on the pitch and see what happens.


[NOTE: Da-da is NOT suggesting you go off your meds, if you're taking them for schizophrenia or somesuch. However, it should be noted that Da-da knows a few psychics who were seriously dosed with drugs by the medical establishment because they mistakenly spoke to their doctors about hearing and seeing things the norms couldn't see, and these drugs completely suppressed their gifts. Also, when you suddenly see your email box full of SPAM re: the treatment of tinnitus, something might be trying to keep you from discovering something.]
Inflicted by A Man Called Da-da 1 comments

Labels: 432 MHz, beacon, it's not tinnitus, oversoul, pineal gland, source, super chord, that ringing in your ears, the beacon, the invitation, the tone, The Voice, tinnitus
Email ThisBlogThis!Share to TwitterShare to FacebookShare to Pinterest

Minor Bombshell: "Stormageddon" Radiation Readings for Northern CA... and well, a Massive UFO Sighting (or, "HAS A HUGE UFO CAUSED THE END OF CALIFORNIA'S DROUGHT?") [UPDATED]

Ready? Rather than accept anyone else's numbers, Da-da took the plunge and bought himself an early Christmas present: a Radalert 100 geiger counter... and since Da-da was in Northern CA for the much-touted -- if not horribly oversold -- "Stormageddon" 2014, he decided to check the much-touted and alleged higher radioactivity levels alleged to be blasting 3000 miles across the Pacific from Fukushima. The results were staggeringly banal.

That's as much radiation as Bambi (the deer, not the woman) might absorb frolicking about a pristine forest with a few small granite rocks here and there for about an hour. Your butt is more radioactive. In comparison, here's a recent map of Japan, showing current radioactivity readings: 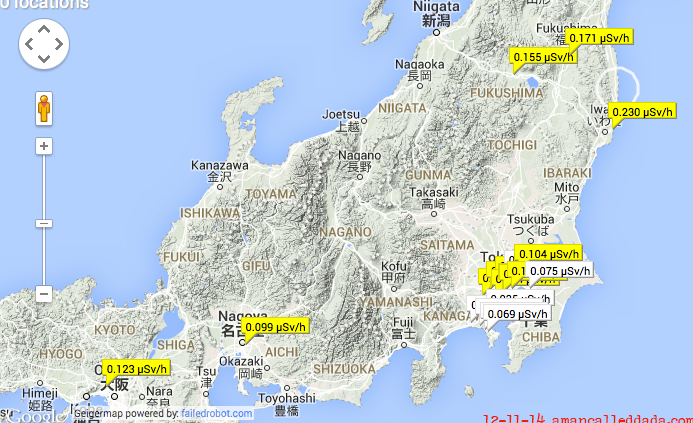 Da-da seriously doubts that the radioactivity readings just outside the unofficial Fukushima exclusion zone (that circle along the East Coast there) are 0.230 microsieverts/hr, but that's what it says. It appears that Northern CA is a whopping 2.3 times LESS radioactive/hr than that, which is pretty darn low. Then again, Da-da's spent a lot of time in San Diego, so perhaps he's skewing the NorCal results.

Interestingly, NorCal radiation levels were higher BEFORE the rain. Figure that one out. (Dust from Japan/China?) Regardless, it seems the alarmists are either simply that, or that UFOs have removed all the radiation in the Pacific nearest Northern CA... which leads to another ellipsis, as well as the really interesting part...

Da-da didn't want to bring this up till he had a bit more evidence, but... well, let's review what's happened in the same place in Northern CA within the last 23 days:

1. Chemtrails are the stuff of conspiracies, but then again, jets without their transponders on had been flying more and more over the West Coast, such that even quasi-normal people like Da-da had started pointing up at the sky and wondering what all those planes were spraying. Here's a shot of an interesting contrail from Northern CA taken about a month ago at the height of the spraying: 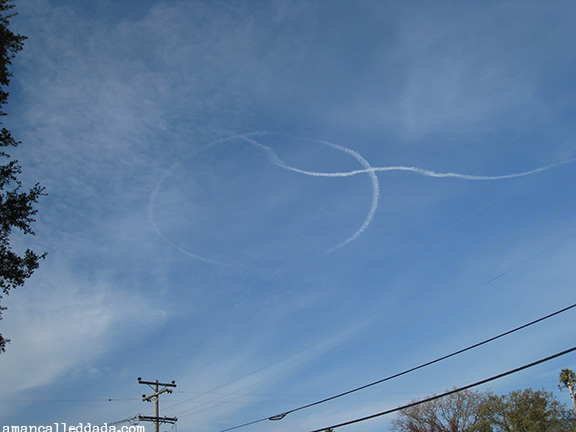 They'd start with this as a sort of bullseye marker in the morning, then lay in chemtrails like this:


So, you either believe in the spraying, it or you don't. Anyway, this went on more and more for the past couple years, with a ton of spraying done in the fall of 2014, right in the path of approaching storms, said rainstorms inexplicably evaporating -- that is, until something extraordinary occurred.

Da-da was reading on the second floor of a friend's house, next to a big picture window, when he saw a large object move in OH-SO-SLOWLY from the west. It was a big... nay, ENORMOUS: a fat diamond shape, like a cube moving point end first, with red, blue, green and white lights along the edges, moving only about 100 mph, much slower than a jet aircraft with its gear down; indeed, much slower than one of the Cessna 172s that regularly plod along on their way to the local airstrip. The thing was easily ten times larger than a jet and looked about as big as a good-sized sports stadium.

The object moseyed into view, going so slowly that Da-da had time to alert everyone in the house, such that four people saw it. Note that there was NO SOUND as it traveled right down the little NorCal town's main drag, right behind the house Da-da was in, and right in front of all of us. (Yes, we filed a MUFON report.) Alas, Da-da got no pictures, as it was 8:15 pm and way too dark to get anything but blurry blobs of light. Da-da's wife, a profound skeptic, also saw it -- independently -- noticing the huge object as she was driving to the house from five miles away. Also of interest, this sighting occurred in a region known for heavy jet aircraft activity due to two major airports immediately downrange (SFO and OAK). Even better, there was NO aerial activity for about two hours after the UFO went by. Nothing. Not even a helicopter.

Ok. So, a UFO sighting. So what? Happens all the time, right?

This one was different, as the next day -- and nearly every day since then -- it's rained in Northern CA. It hasn't rained more than a trace in Northern CA for over a year, and now that a gynormous UFO has tooled on by, it's been raining nearly every day. Coincidence? And, in those rare days when the clouds part and you can see blue sky, those pesky high-altitude jet contrails are nowhere to be seen.

Does this mean the UFO issued a warning? Affected the atmosphere? Reset housing prices? Cleaned grandma's kitchen? Did it also fix the radiation problem with the Pacific Ocean? Or was there never a problem in the first place? No idea. But something happened here, and whatever it was, it's good news all way 'round.

[UPDATE 12-24-14: Here's the latest on water sample tests off of British Columbia.]
Inflicted by A Man Called Da-da 0 comments