It's Halloween at The Non Sequitur 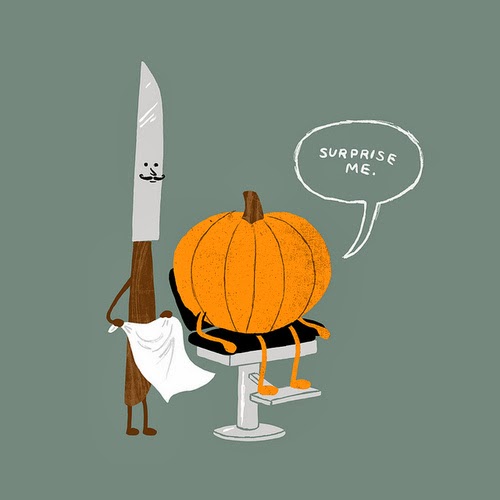 Labels: a little off the top, halloween, halloween is coming, jack-o-lantern, pumpkin pre-carve
Email ThisBlogThis!Share to TwitterShare to FacebookShare to Pinterest 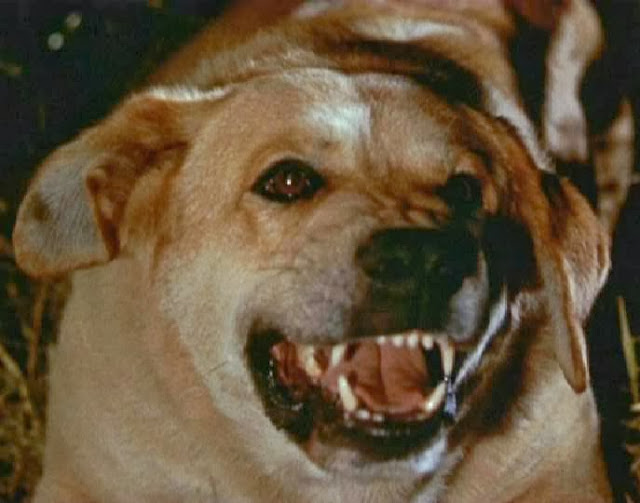 Ma-ma and Da-da were just talking behind the scenes, while 6YO Bronko howled about something in the other room...

[Bahdumpbump-PSH.] The 7:30 show is totally different than the 9:30. Thank God.
Inflicted by A Man Called Da-da 1 comments

Art For Your Millennium 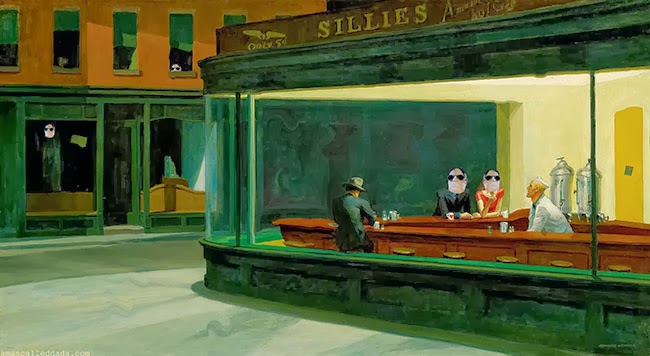 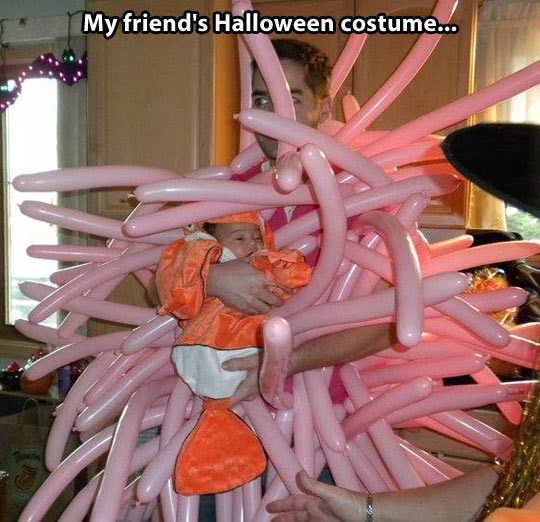 Kudos (don't you hate that word?) to Turner Classic Movies (TCM) on their old-school Halloween horror fest commencing midnight on 10/31/13 in the U.S. and Canada. Interestingly, Canada and the UK have their own TCM schedule and line-up, as does every country in Europe. Why can't we all watch the same things? Because our illusory world is constructed to separate people, not unify them. Imagine how cool it would be to have all of us on earth watching the same scary movie, then quoting all the best lines in every language the next day? But we can all overcome that by joining zombie hands in the fog and SCREAMING together -- in select countries -- in abject bloody terror.

Enjoy this brilliant line-up of mostly Hammer Studios horror and a bit of Roger Corman, made when colors were painful and atmosphere not just something you burned up in upon re-entry. Wow, three prepositions in a row.

Da-da's telling you now so you can look ahead and record them... if that is within your scope.

All times are Eastern. No offense.


The UK has WESTERNS (??) all day for Halloween, with only three scary movies in the evening: "Hush, Hush, Sweet Charlotte", "The Omen" and "Urban Legend." BO-RING. This makes no sense, as Hammer Studios was based in the UK. Maybe the Druids find Halloween too provincial.

Schedulewise, check it out. France seems to have the best schedule overall, which says something

They're HERE! Or Not. Again.

Books and movies have been trying to scare people for about 70 years regarding all things (yawn) alien invasion, esp. around Halloween, thank you Mr. Welles. But if you can stop rolling your eyes and think about such an event rationally, any extremely advanced extraterrestrial civilization wouldn't need the earth, its people, or anything on our puny backwater planet; stands a good chance that they'd be able to create whatever it is they wanted, whenever they wanted it, without our meager terrestrial resources. It's also absurd to think that any alien civ would want the earth as strategic real estate, given our planet's backwoods position in one of the galaxy's poorly formed arms -- and even more absurd that they'd want, or be able to assimilate our BBQ'd human ribs.

When Da-da comes across things like the one below, he immediately thinks:

1. It's a pre-launch movie marketing campaign
2. It's a fake-out to scare people away from looking at something else (read, MISDIRECTION)
3. It really is the truth.

So, if Number 3 is correct and the govt. shutdown was to blind our space-facing cameras and satellites so we wouldn't see enormous alien ships arriving and hiding behind the moon, there can be only one possibility for aliens to journey to the earth en masse: to chuck our pathetic leaders into prison and show the rest of us remaining humans a sustainable and sensible way to exist and coexist in this, our illusionary universe. Hello, Starfleet Academy!

Keep your fingers crossed. Or not. 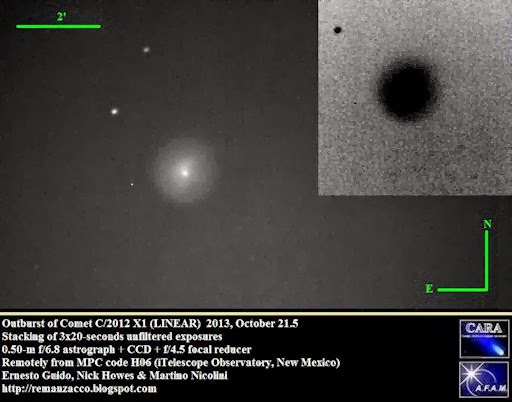 BOOM. Don't know if these events are related, or not.

Btw, during the NASA shutdown, didn't someone at the ESA notice something going on in space with gynormous L-shaped death stars flying in single file and hiding behind the moon? They must have a few thousand telescopes too, right? And their Int'l Space Station cameras were working, were they not? And now that Da-da thinks of it, why did the authorities mentioned in the whistleblower link take the guy to an observatory in Texas, with Nomeland Security as escort? Da-da's spider sense is tingling in a BS CABAL COVER-STORY frequency.

If anyone has their portal-to-the-past gateway set up, please let Da-da know. He's pining for the Dark Ages: they made more sense. 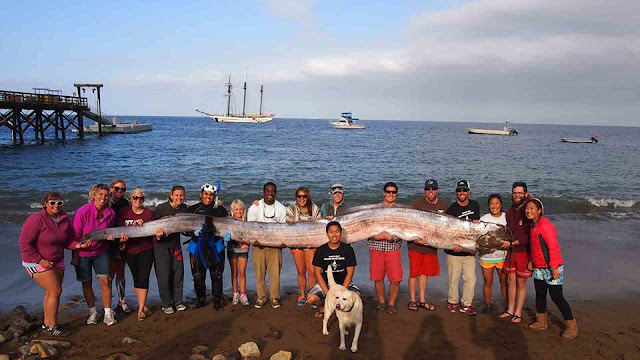 Japanese lore refers to oarfish as the, "lords of the deep." Their appearance is rather ominous, and is typically associated with catastrophes/earth changes. These animals live at great depth and are very sensitive to their surroundings, typically dying off and showing up on the surface due to deep water disturbances, seismic activity, or somesuch undersea hoopla. The last oarfish carcasses to appear were off the coast of Japan, pre-earthquake/-tsunami, about 18 months prior.

The one above washed up onshore near Catalina in Southern California on October 16, 2013.

Be sure to update your earthquake kits, SoCal/NorCal.

UPDATE (10/20/13): Another oarfish washed up in SoCal this same week, in Oceanside. Here's hoping: 1. These fish are being carried in by a weird climate-change current, or; 2. The quake turns out to be a sub-7. Of course, like much of Tokyo and Japan, California is rife with state-of-the-art earthquake technology, and has been retrofitting like crazy in the last ten years or so.

UPDATE INFINITY: Oh. This timeline bugaboo has passed. (OR HAS IT?) It may no longer be relevent. If you're reading this and anticipating some incipient doom and gloom... there may not be any. That catastrophic timeline has been retired. The only remaining gloom and doom is in your head, so get rid of it. You can do it. We're all counting on you.

In the meantime, Da-da's new book is available on Amazon. 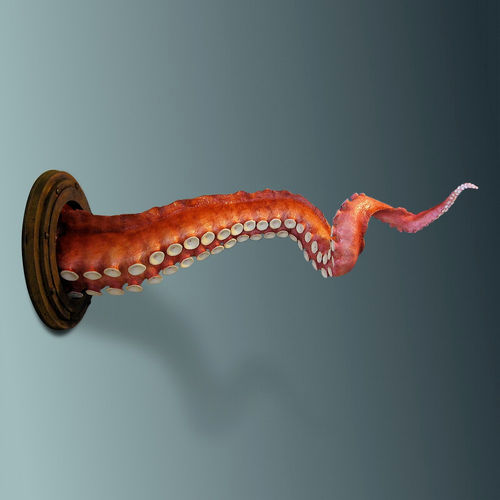 AIIEEE! It's the KID RAPTURE!

It's official: influenced by the highly successful Turkey and Ham Raptures a few years ago (so, what have grocery stores been seling us, ew), at 9:10 am EDT this Sunday morning, all the world's children, ages 0-19, got Raptured into Kid Heaven, where they'll pretty much do the same things kids have done in the past, except they'll glow a lot more. Yes, in case of this Kid Rapture, your kid is now unmanned.

Reactions have run the gamut of human emotion.

"Oh, my baby!" cried Jetta Treadle-Whonk of Nome, Alaska, "she's gone!" Ten seconds later, after being informed that her child was safe and living it up in The After Life, she added: "Well, now I can use her college money to go to Paris. For twenty years."

An anonymous, former NORAD official-turned-SAHD, who'd tracked the whole thing on home radar, was non-plussed: "So, that happened." Later, he added: "Sure is quiet."

Several world leaders said something or other, but no one paid them much attention.

The most common reaction amongst parents of all beliefs, colors, creeds, cranial pressures and political interferences was to stand out in the open, on street corners, in pumpkin patches, in blissful backyards, faces upturned, mouths agape, REVELING in the silence.

Experts predict that book and candle sales -- as well as those of birth control devices -- are set to skyrocket. 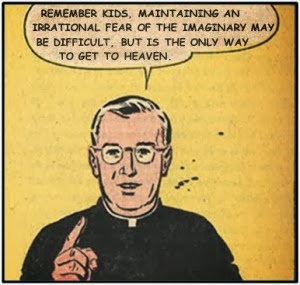 Friday at The Non Sequitur 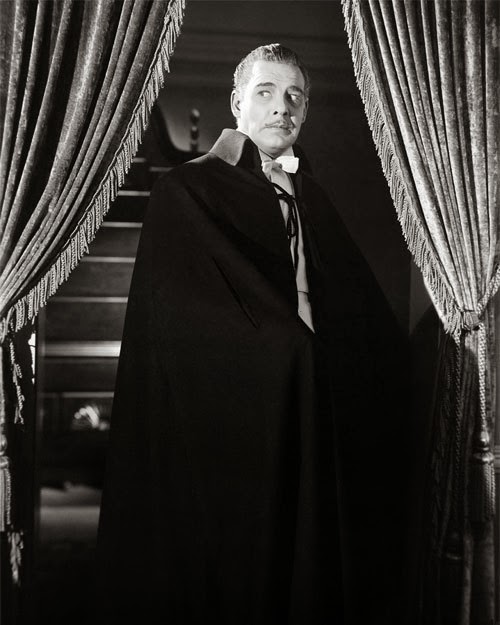 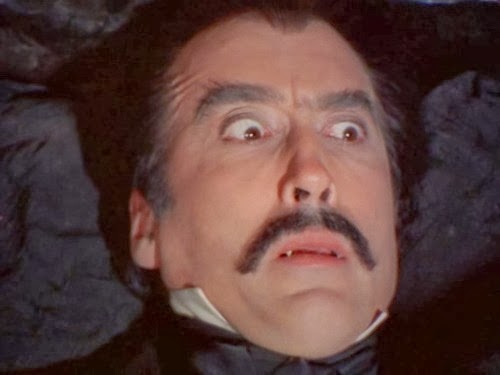 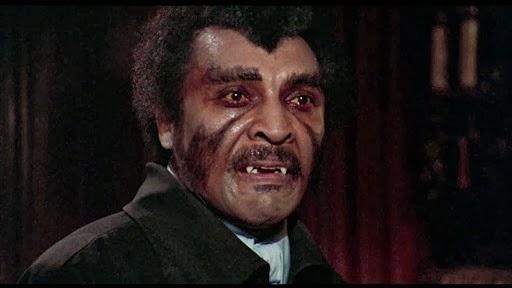 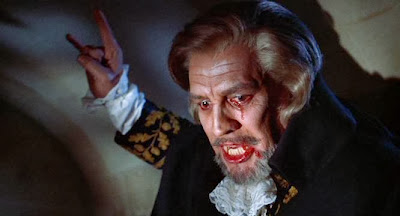 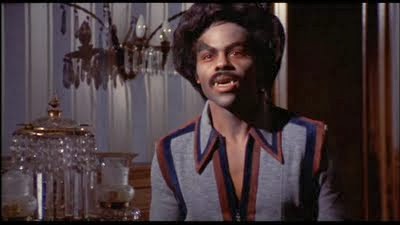 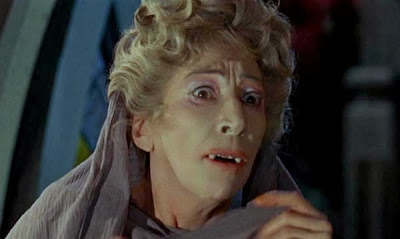 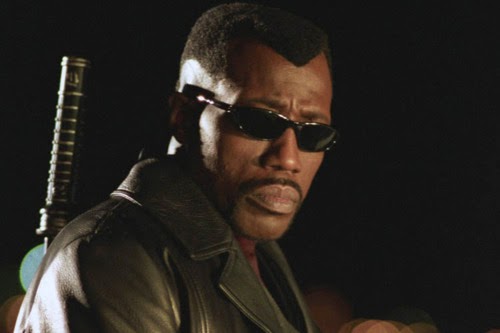 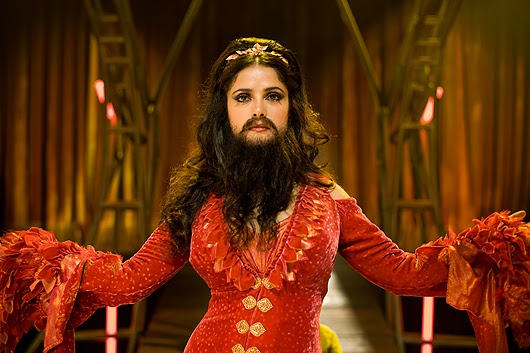 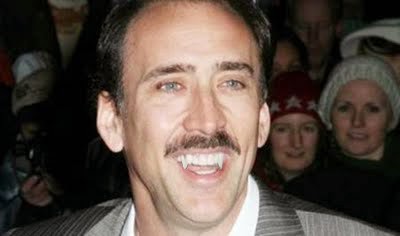 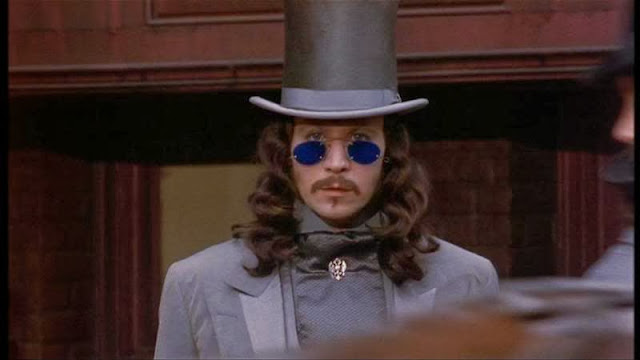 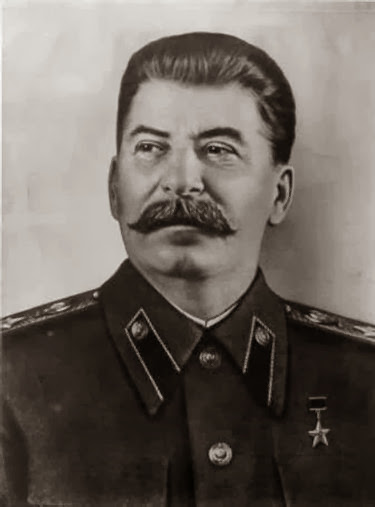 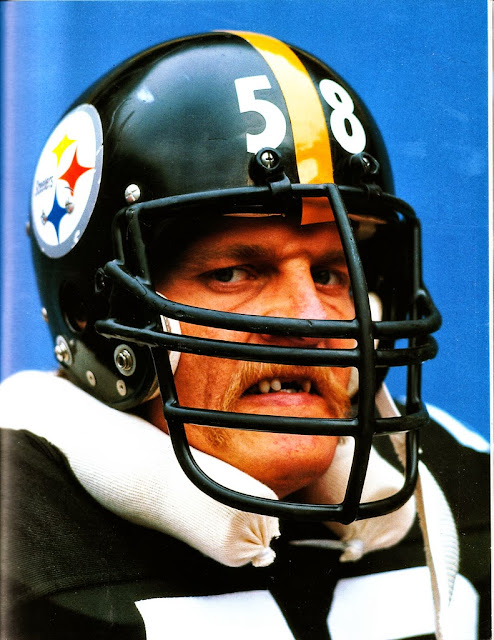 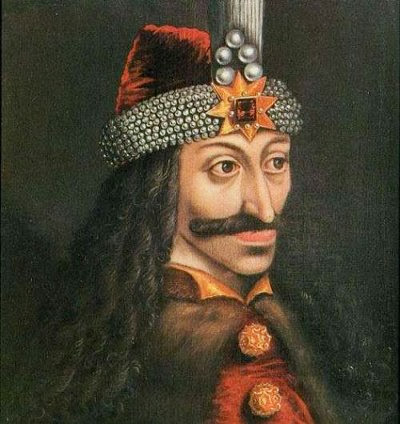 The End of Football?


Da-da used to love football -- American football, that is, esp. college football (Da-da used to naively think college sports were, "cleaner" than their professional counterparts, but no more). NFL-wise, Da-da is a lifelong Pittsburgh Steelers fan, having admired the team's work ethic and hard-hitting reputation since the '70s. This was fine when Da-da didn't have kids. He didn't give players' injuries that much thought, any more than they did; like them, he saw injuries as, "part of the game."

But now Da-da is a da-da. This changes everything. He has two boys who've both expressed interest in contact sports. Ma-ma, a psychologist with a keen interest in neuroscience, has consistently said, "No way," while Da-da has looked the other way and made conciliatory noises. No more.

After seeing Frontline's recent documentary, "League of Denial: The NFL's Concussion Crisis," Da-da can no longer support his kids having anything to do with contact sports. Besides this, the denial and innate corporate greed demonstrated by the NFL -- a group that more and more resembles the tobacco lobby, pre-scandal -- guarantees that Da-da will never pay for another $350 NFL Sunday Ticket package, pay to see any more games, or purchase any NFL team merchandise. Da-da's also sorely disappointed with ESPN for kowtowing to the NFL's moolah stream and backing out of supporting the documentary, not to mention giving it rather short shrift in recent coverage.

Unfortunately, the most recent concussion/CTE findings also impact college football. Da-da will sorely miss these games, especially during bowl season. The pressure and injuries will no doubt be made worse by the upcoming playoff scenarios planned for next year.

Decide for yourself. Click the below link to see the documentary.

It's a must-see for players, their relatives, and fans -- but especially for parents who are thinking of signing their kids up to play. Unfortunately, this documentary and the growing mounain of evidence seems to spell the end of football as we know it. Fall will never be the same. But if that's the price to pay for healthy, happy kids living a long a fruitful life, then so be it. 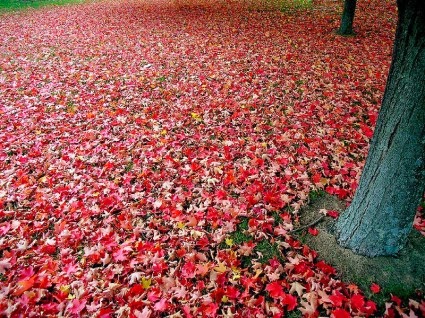 Beneath the Planet of the Oxymoronic Apes?

ZA Architects, an architectural firm (no, really), has recently released their design for an underground base on Mars that looks... well...

Um. Does anyone remember this?

That's right, it's, "Beneath the Planet of the Apes"! Now THERE's a good design paradigm to base a future world on, huh? Check out the auditorium!


Dang, that looks like fun. Mars is HOMEY, homey!


And when you're not stuck underground, you can check out the frozen water hazard on the ninth hole! "Mars living" will be the latest in a long series of human, paradisiacal oxymorons. If you can say that three times fast, welcome aboard! What are you waiting for? Let's GO to the colonies! The chance to begin again in a golden... er, dun (overdone) land of opportunity and adventure! It's like Phoenix, but without all the heat! And atmosphere. And life. Yay!
Inflicted by A Man Called Da-da 1 comments

Evolution of a Stay-At-Home-Dad

Friday Outside The Non Sequitur 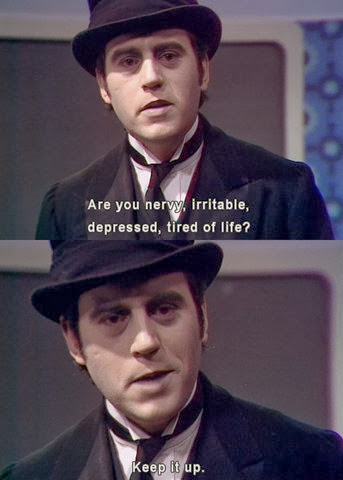 That Incomprehensible-Homework Look of Parenthood

Labels: eyes glazed over, silvery eyes, spooky eyes, That Look of Parenthood, wrath of mom
Email ThisBlogThis!Share to TwitterShare to FacebookShare to Pinterest

That Mr. Mom Look of Parenthood