All the Pretty Wandering Poles (or, ALL YOUR MOON BASE ARE BELONG TO US)

Ah, our wandering poles. No, Da-da's not talking about peripatetic Polish nationals. He's wondering if the earth's core, flagellating hugely and quietly deep within the earth (not that there's anything wrong with that) might be having some impact on our nutty weather. And what else might be doing the same? The earth's core has certainly been taking its share of solar abuse these past half-dozen years, despite the lull, what with the existing north-south/south-north geomagnetic relationship between the earth and the sun.

A study was recently released this past Moon-day, in the Proceedings of the National Academy of Sciences, about the arctic getting darker, and thus warmer. This they say, and perhaps rightly, is due to the lack of ice reflecting sunlight back into space, lowering the earth's albedo (and that without saltpeter), thus helping it keep a low profile. However, what the study seems to have myopically missed is that there's currently a metric crapload of white snow over North America and Canada, reflecting sunlight like the roof of a Vegas casino.

Compounding this are recent reports of the Great Lakes being totally frozen over. They typically only freeze half-over, like being half-pregnant, the warmer lake waters warming the cold air coming into the Eastern states from Canada. It's always Canada. Now, with the lakes frozen over, the cold air screaming in... from Canada... is getting colder and creating one of the toughest winters in recent memory for those regions.

This is the easy part to understand. But wait, there's more...


The hard part (for some) to understand about all this is that the earth's poles wander. They're always moving. Besides the earth's fixed 26,000 year wobble circuit of the Precession of the Equinoxes, the North Pole typically moves magnetically about 160 miles a year, but that can speed up dramatically for reasons we can't yet understand, probably because there's no money in it. But there may be some money in it pretty soon.

Surprisingly scientifically challenged folks at both Scientific American and New Scientist reported back in May 2013 that, "Climate Change Has Shifted the Locations of Earth's North and South Poles," when in fact it's the other way around. The poles are due to the earth's core doing its thing, shifting no matter what's happening on the surface, climate impact notwithstanding. Geology cares little for meteorology, unless its wearing something skimpy.

In case you've been asleep for the past decade, the sun is taking a siesta when it's supposed to be tearing our collective faces off. This dearth of raw energy is no doubt being felt by elecromagnetic dynamo earth -- well, after all that extra energy that was pumped into the earth over the past XX years of solar south-north magnetic polarity wears off. Makes you wonder if those giant motherships that were/are reportedly skirting/entering/exiting/boogeying in the sun are in reality doing something positive. (You don't achieve a technological level allowing you to use the sun as a transit system without being fairly advanced altruistically and philosophically.)

At this point, there are so many thisaway/thataway climatologists and meteorologists and paid-off cabal-scientist-fakirs pumping out so much conflicting information... well, those of us truly interesting in what's really happening with the earth can only watch what happens and catalog reported events, taking all "expert" findings with a big salt lick and interpreting the data for ourselves. We know that many many scientists are gripped by the short-hairs of various political funding apparati, but we gentleperson scientists (or PEOPLE OF THE ANOMALY) aren't beholden to such chicanery. Those who attack will probably attack, but always look to who's paying them; just a little research is all that's needed these days as the Powers That Were are moving too fast to cover their tracks very well. They're on the run, and it's a beauty to watch. 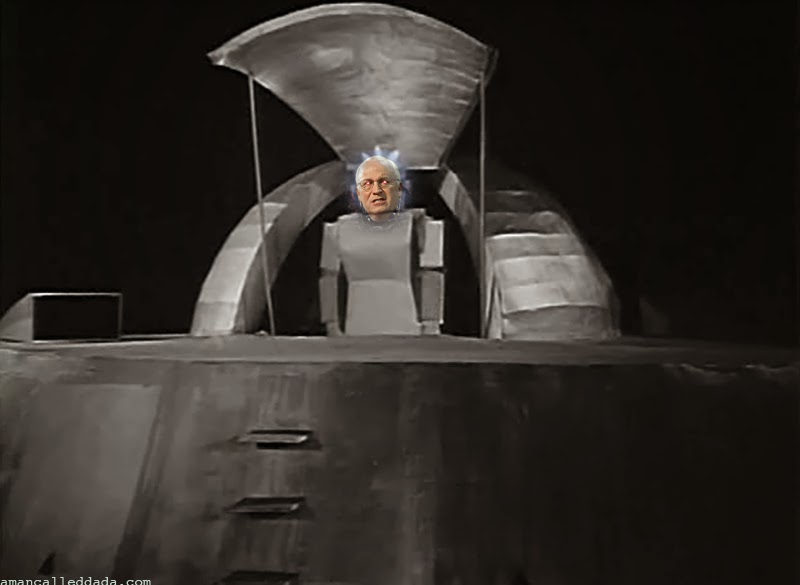 Let's recap what we do know:

1. Dick Cheney is an alien robot. No one seems to argue about that.

2. The sun is snoozing during its MAX phase, exhibiting low-low activity not seen since the Maunder Minimum started back in 1250 AD (yup, it started way back then); this event caused what's termed, The Mini Ice Age," which lasted until the 1950s, some 700 years.

3. There was a geomagnetic bowshock reversal back in January of 2012. Was this because the sun stumbled in its energy output? Or did the solar system get plowed by some energy event from outside the heliopause? Or was this event created on purpose? No idea, but it's interesting.

4. Temperatures are all over the place, global extremes are now the new-normal. While it's 90 degrees in Needles, CA in one part of the Northern Hemisphere -- in the middle of winter -- the Antarctic Ocean has frozen in places it typically hasn't frozen in a long time, trapping three ice breakers in the process -- amidst the Southern Hemisphere's summer. Where's your albedo messiah now, eh? He's hanging out with penguins.

5. A pre-glaciation trend may be dusting off its parka in the Midwest/Northeast US. We won't know till Autumn of 2014 if this is a trend.

6. Magnetic North is moving fast. It's caused both civilian and military concerns to recalibrate their charts based on an ever-changing magnetic north. Check out this from Oregon State's P-Mag Lab: "The complete transition from normal to reversed directions occurs in less than 200 years!"
The exclamation mark is theirs.

7. There is currently very little ice in the Arctic. And Magnetic North is headed STRAIGHT FOR the Arctic. Seems like it's should work the other way, but maybe it's part of the pattern. More on that in a sec.

8. We could be seeing the results of the world's oceanic thermohaline heat pump having shut off.

9. Antarctic sea ice is growing, but don't it's a little sensitive about it, so keep it to yourself.


Home is Where the North Pole is

Seems some scientists concerned with climate have missed the fact that the North Pole is moving almost as fast as Santa on December 25th. Where is it moving to? Seems it's going back home, to True North. Check out this graphic: 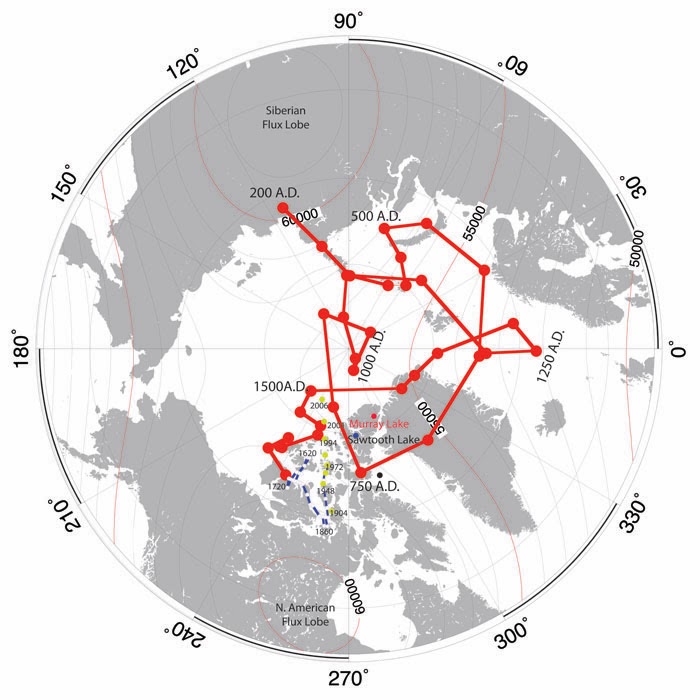 Yeah, that's not confusing. The above graphic shows where the North Pole has wandered for the past umpteen thousand years. Part of it is speculation, obviously, but something's going on.  Here's more:

MAgnetic North is heading straight for the Official North Pole (there's even a gift shop).

Of course, Magnetic South is ALSO moving, but in the other direction from the South Pole. Probably because there's a shrimp on the Barbie. Not sure how Barbie feels about that; perhaps she's more open-minded than people give her credit for. 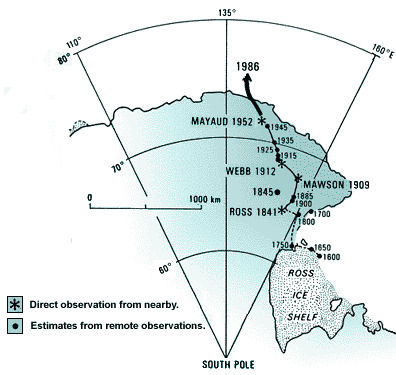 It could also be moving NORTH because we're gonna have a polar flipflop in the next few years. 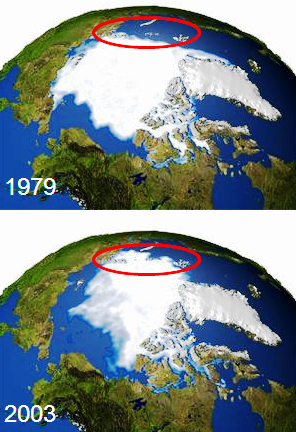 Hm. Ice moving. Maybe this movement has more to do with wandering poles than it does with something to do with reports of ice melting? Not sure.


Hang On To Your Forehead

Now Da-da's going to blow your mind. Ready? The charges are in place...

Much of this increased glaciation has a direct cause few scientists have looked into. Read this from PLANETOPHYSICAL STATE OF THE EARTH AND LIFE By DR. ALEXEY N. DMITRIEV:

Hm. Ok. What happened one million years ago to suddenly mess with the earth's pre-existing clockwork magnetic field reversals and induce increased glaciation? 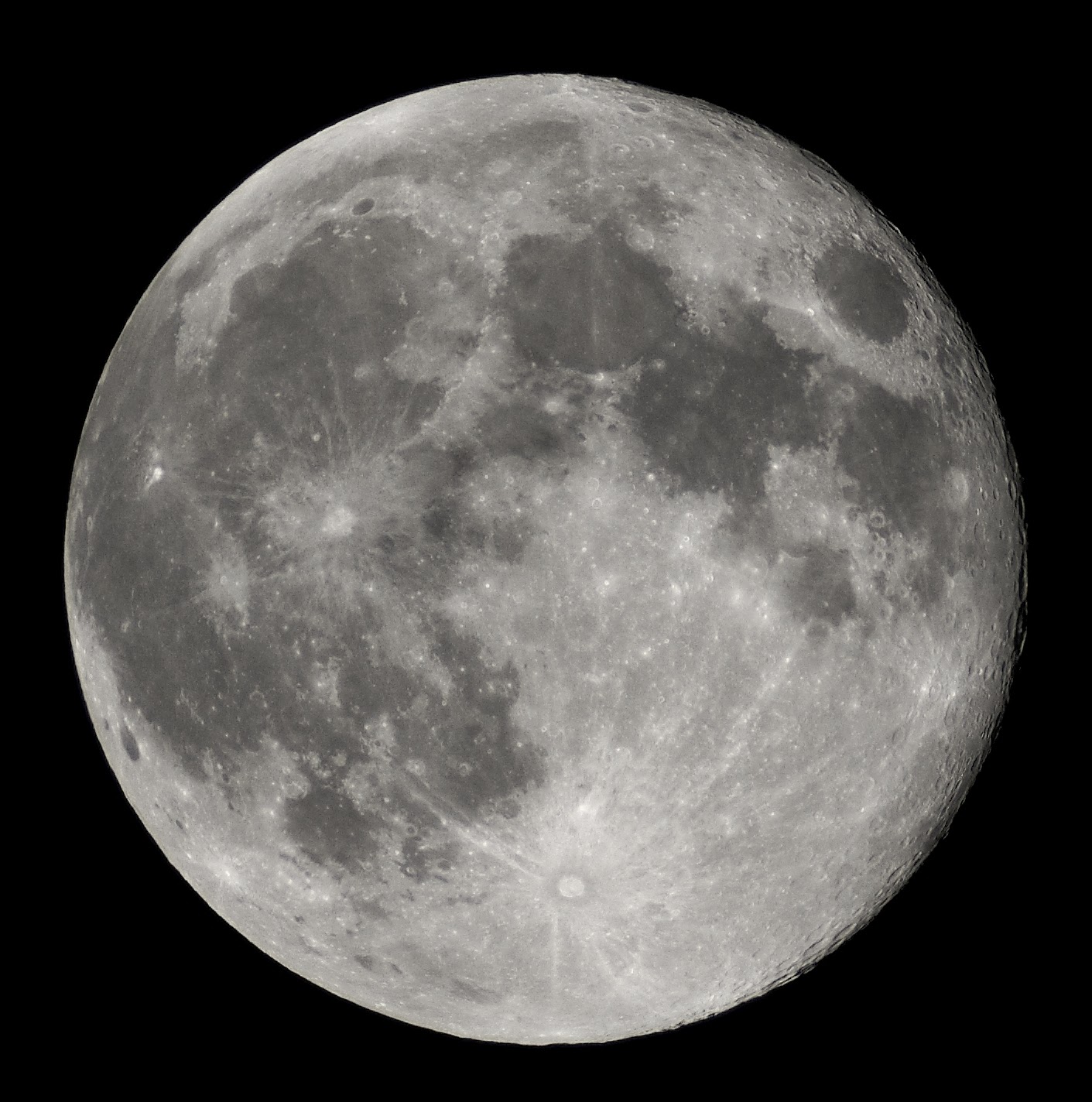 It's Da-da's $1.98 hypothesis that the moon is a recent capture, having been parked in orbit around one or two million years ago (actually, 1.6M years ago) for reasons that aren't clear to the average person, as yet. Perhaps it was placed there, for reasons of aesthetics. Looks pretty at night. Or perhaps someone down on earth needed a night light. Or those piloting the moon heard about our chili cheese mastodon burgers.

Whatever the reason for the appearance, with the moon added to the system all the geologic data and models suddenly make sense. Increased volcanism. Increased Ice Ageyness. A lot of past glaciation events just suddenly showed up in quasi-regular patterns about a million-or-so years ago. And like it or not, the moon has a great deal of influence on the earth's core. Besides all of the above, its introduction could've been the reason for the Precession of the Equinoxes in the first place.

Btw, if you're one of those who hates change and wants the earth the way it used to be, does that mean we have to get rid of the moon? Da-da can think of a bunch of people we could staff Moonbase Alpha with before we shuffle it off to Cosmic Buffalo.

Is it so hard to believe that the moon could be moved? It was moved here once. And it's arguably hollow, as past NASA tests found. When the moon was struck with a leftover Apollo spacecraft in 1970, the moon, "rang like a bell." Of course, something doesn't need to be hollow to ring like a bell; perhaps the moon is remarkably homogenous. Or like Da-da's head, has lots of dead magma cavities.

Ah, but then we tried to do it again recently, with something called LCROSS.

Wait... it got shot down before it got there?

Huh. Ok. A potentially hollowesque, angry moon. Who hollowed it out? (Psst... we did; more on that later.) And do they still have all the chili cheese mastodon burgers? Or maybe they've run out, which might explain cattle abductions. They sure don't like us firing things into the moon, but who can blame them?

Basically, we don't know what's going on... primarily because we aren't asking the right questions -- and even if we did, The Powers That Were don't want anyone seriously looking at the answers, so we're all kept in the dark while things suddently get turned off or malfunction at just the right times. Huh. Total coincidence.

Da-da knows that your mind is bigger than you think, so howbout opening it up a bit more? Seriously, don't you think it's time that BIGGER, more open-minded heads handled things for a while? Da-da sure does.


It should be noted that the earth seems to be naturally cooling, or trying to, while its inhabitants are doing things to make it unnaturally warm (via CO2 production, nitrous oxide, etc.). When you combine these two things you get: EXTREME WEATHER. It will be interesting to see who wins.
Inflicted by A Man Called Da-da

Labels: all your base are belong to US, anomaly, big heads, bipolar sun, hollow moon, LCROSS shot down?, moon, moon as recent capture, PEOPLE OF THE ANOMALY, pole reversal, solar wind reversal, wandering poles
Email ThisBlogThis!Share to TwitterShare to FacebookShare to Pinterest

Well written article, unlike most people's blogs I actually enjoyed reading this one. First I've heard of the moon being hollow and recently parked. Dickcheneybot

Nice thinkery going on here. I appreciate this post, and am going to make your blog a regular layover on my travels through the ether. As a medievalist, I've been preaching the lessons of the Maunder Minimum to anyone who'll listen -- of course the ones who need most to experience a conversion are the ones who stick their fingers in their ears and chant "neener neener neener" more loudly than is strictly necessary.

Glad I found you -- thanks for this article.

Da-da thanks you both. Be sure to get your moon parking validated -- and note where you parked.