So many people Da-da knows are making, "global warming," jokes. Thing is, it's not global warming that's going on, it's CLIMATE CHANGE. You'd have to be doing some serious ostriching to not be experiencing the unusual weather conditions happening everywhere. Whatever the cause, things are changing, such that you can't call the season we in the Northern Hemisphere are currently experiencing as, "Fall," not every day. Sure, leaves are changing, but where Da-da lives, it's been about ten degrees warmer than it should be, while in other spots, it's snowing early. What this really means is that, with Weather 2.0, we're actually experiencing every season at the same time, different day to day, moment to moment, the changes more and more dramatic... which besides a more flexible wardrobe, it will also require a quasi-Germanic expansion of the current seasonal nomenclature, waxing it into a kind of linguistic Oberammergau. Wordboy says, "HUH?" Drop the XBOX controller and pay attention, Dracula.

Since you always do what The Man tells you to do, from now on the current season will heretofore be known as, "Fallinterummerring," with "Winterpringummerall" right around the corner. This will be followed by "Springummerallinter" and "Summerallintering." Those who don't like the change are welcome to try for that Mars mission, but it's not that much better there. On Mars, it's always a chilly Monday in February, but without cable TV or pizzas delivered in 45 minutes or less. That's right: MARS IS HELL. But at least the weather is consistent.

Next stop: December 22nd, 2011, which represents the first day of Winterpringummerall. Be sure to wear your parka-bikini. It's all happening! 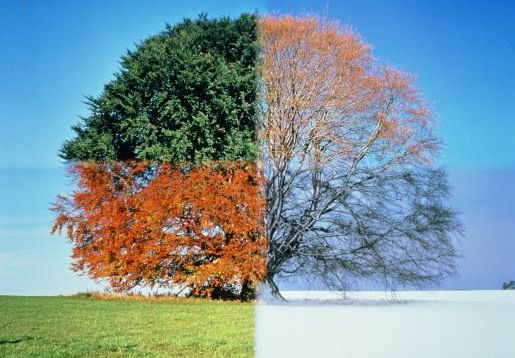 Dada should check the ocean temperatures around the globe, that is the real giveaway...
For example, in the iberian peninsula, where this great admirer of Dada lives, the sea temperature has been maintaining a steady 6 degree above the season's average. What this means is that all the current in the ocean are shifting and this is happening fast, very fast.

Dada, I am pained to announce you that this ufo is an hoax and that it was added on the original video.

Da-da is never shocked to find himself flimflammed, dead-wrong, grossly inaccurate, or perpetually covered in some rather tasty ectoplasmic residue, BUT he's thrilled to find his audience not only awake, but on the ball. the mayan no-time miracle time is clearly upon us... well, some of us. Da-da will be in the back polishing the mothership.